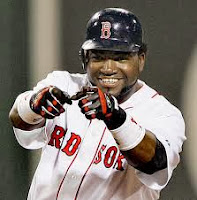 As a Boston native and huge baseball fan, I am a life-long Red Sox fan.  What a thrill to see my favorite team win the World Series at home in Fenway Park for the first time since 1918, or 95 years ago.  Of course they also won in 2004 and 2007, but played their last game while on the road.
What made the historic event even more exciting was the fact that the Sox went from worst to first.  Last place in 2012 to first in 2013.
Last year, they won only 69 games.  This year they won 97 games and had the best record of the regular season in baseball.
The first 5 World Series games were hard-fought, exciting contests with plenty of quirks, surprises and controversial calls.  Game 6 had its moments.  Jacoby Ellsbury was caught off base but then  outsmarted the defense to get back on base safely.  It was great fun to watch as a Red Sox fan.
David Ortiz (Big Papi) was once again “Mr. Clutch” for the Sox and was voted MVP of the World Series. Just like Big Papi was recognized for his superior performance, we need to be mindful as leaders to take time to recognize the “super stars” in our midst.
I can’t wait for next year and am hopeful for a repeat.
Hospitably,
Fred Cerrone
Posted by Hotel Equities at 1:11 PM No comments:

Welcome to “Stuff Worth Sharing”! It is our hope that this blog will help you to know more about our Founder & Chairman, Fred Cerrone, as well as gain some insight into his vision and dreams for Hotel Equities. We welcome your feedback as well as any topics that you would like Fred to cover. Thanks for all you do to help make Hotel Equities a success!

Value of the Month

Having integrity is doing the right thing when no one is looking.

What do you want Mr. Cerrone to blog about next?